Why ruby is dead? I saw many people still use ruby for development, not only web development. For instance, fluentd is developed by Ruby.

For the record: I was quoting (with a little joke for sure) the tagline of
Paweł Dąbrowski - the author of the Mastering CSV in Ruby book. 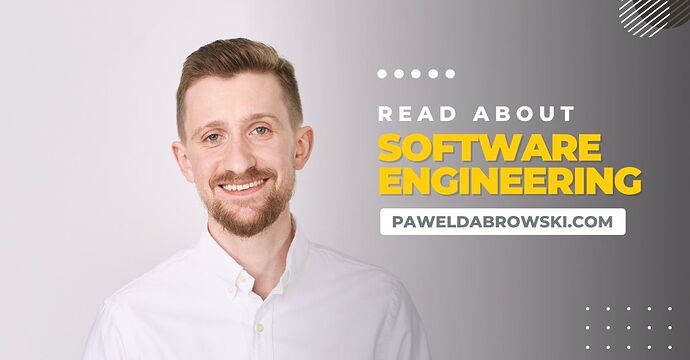 is a software engineer with over a dozen years of experience. He writes for human beings and computers. Tech storyteller and open-source advocate.

Why ruby is dead?

Just joking of course - but compared to python, javascript or excel
macros or even yes, rails - ruby's popularity is practically no
longer measureable or showing up in charts ;-).

seriously why don’t you contribute the shorter version to Ruby CSV directly as a shortcut helper, option, or some smart default?

As written in the how to fix the csv library / gem series [1] - the
tabular data model (with headers: true) is broken (among other things)
- I'd argue to keep it simple and use plain-old hashes for rows /
records - instead in the 90s object-oriented was all the rage and,
thus, the gem/library use CSV::Table, CSV::Row, and so on oo-style
wrappers.

Also it might be a better practice and -yes - follow the python csv
library and offer to readers in two flavors instead of one reader with
a "magic" switch to turn on headers on and off (and get an array or
arrays or CSV::Table/CSV::Row, that realy should be an array of
hashes) and so on.

Anyways, as written before as far as I can tell the better more
pragmatic approach is to offer an alternate csv gem / library. Doing
a "rewrite" of the existing library if you are not the "module owner"
I'd say is practically impossible. Imagine discussing every minuscule
change forever and asking to get the patch applied.

Again the csv gem [2] was an unloved orphan (the father e.g. created
by James Edward Gray III on 2005-10-31 leaving his baby behind now an
all Elixir evangelist or whatever!)
and is now for more than two years or such lovely updated by Sutou
Kouhei (kou) - you are a hero - with a real parser, more options
(strip whitespace for values), and more - but a pig with a lipstick
is still a pig!