I'm very pleased to announce the release of RubyInstaller packages for Ruby
2.1.3

Installers and 7z binary packages are available from bintray.com:

This is possible thanks to newer compiler provided by mingw-w64 project.

Same DevKit used for version 2.0.0 is required for this version.

Please note that the installers in this release are *not digitally signed*.

You can read more about this in post at RubyInstaller group:
https://groups.google.com/d/topic/rubyinstaller/NhAqcepQ-Xw/discussion

Before you download a 64bits version (labeled x64), it is important you
understand that not all gems, libraries or tools have been tested for this
version.

It is our recommendation you use 32bits until these issues are solved.

If you have a 64bits version of Windows, you can still use 32bits, as there
is no performance issue around it.

While officially 2.1.x is stable, that doesn't mean all the software will
magically work on it.

Use 2.1.3 for development and verify your application, scripts and tools
works
properly before deciding to run this in your production environment.

Ruby 2.1 introduces ABI breakage which means compiled C extensions with
previous
1.9.3 or 2.0.0 will not run against Ruby 2.1.

You will be required to force compilation of those gems:

This **will require you have the extra dependencies installed** for that
gem to
compile. Look at the gem documentation for the requirements.

#### Do not use other DevKit version than the one recommended

This version of Ruby has been compiled and optimized for mingw-w64 GCC
4.7.2.

Use of another version of DevKit package to compile gems might result in
compilation issues during gem installation or simply segfaults.

There are some issues with Development Kit configuration process that fails
to detect x64 installations of Ruby. You will need to manually edit
`config.yml` for it to work. See the following issues for details:

Thanks for all this hard work!

Please see my response below.

I installed it, but eventmachine doesn't work, I get this error after
requiring it:

I've installed the eventmachine gem just fine, but as son I required it I
get this error, the file exists btw.

I thought I explained in this release notes, going to quote them again just
in case:

Ruby 2.1 introduces ABI breakage which means compiled C extensions with
previous
1.9.3 or 2.0.0 will not run against Ruby 2.1.

You will be required to force compilation of those gems:

This **will require you have the extra dependencies installed** for that
gem to
compile. Look at the gem documentation for the requirements.

links, which are linked in the announcement.

Also, I wanted people to read the release notes, which didn't happen and
they started to report problems everywhere without at least trying to
workout the issue locally (after reading the release notes).

Specially when getting personal emails stating this: 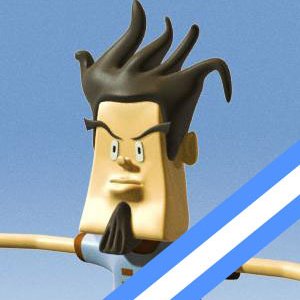 OH: "I’ve read the post but I didn't pay much attention." -- describes pretty much most of my OSS interactions lately...

Thinking on remove the news announcement for the new website entirely

Doh, really sorry for that.

Correct link to Bintray release is:

You can always look at the root package to determine latest version:

When you install Eventmachine gem via RubyGems, it will pull pre-compiled
binaries if they exist.

Lot of gems have bundled binaries into what got called a "fat-binary",
which includes compiled extensions to different versions of Ruby, from
1.8.7 to 2.0.0

When you install the gem via `gem install eventmachine`, it will pull the
gem that contains pre-compiled binaries and will not attempt to compile it
for you, like happens when `--platform=ruby` is given.

Now, the existing binaries do not include compiled extensions that target
Ruby 2.1, since is brand new release, and gem authors will take some time
to provide those updated binaries.

Gems authors place a stub wrapper to ensure the proper version of the
extension is loaded, for example, sqlite3-ruby does this:

It will first attempt to load "sqlite3/X.Y/sqlite3_native" where X.Y are
MAJOR.MINOR versions of Ruby (2.1 in this case).

Then, it will fall back to the one that results from normal compilation.

Seems like Eventmachine gem will require to be updated to support this
workflow, since the code that should be doing that:

Is only present when cross-compiled (not built natively) and is missing the
fallback required (similar to sqlite3-ruby).

I would recommend reach the gem developer and comment this issue, but
better yet, will be send a pull request that corrects it instead of relying
on gem developer to find the time to fix it.

Ah, but everyone knows release notes and READMEs are write-only.